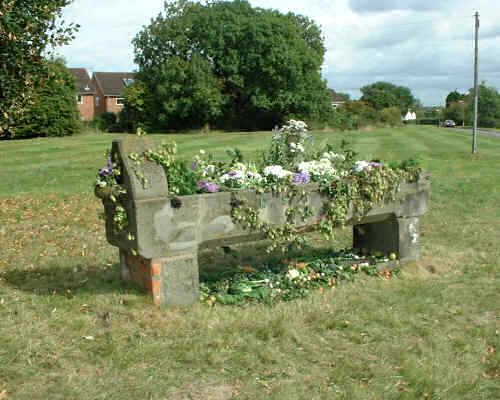 Travelling away from Great Malvern on the Guarlford Road, on the left just before you reach the junction with Hall Green Road, you will see this disused horse trough and dry drinking fountain, with a dog trough below, on the broad grass verge.

It was installed by the Society for the Prevention of Cruelty to Animals in 1901 ‘for the good of man and beast’ to commemorate the huge number of horses killed in the Boer War in South Africa. Originally at the turn of the 19th century it had been sited beside the traffic island in Barnard’s Green, but its popularity proved its downfall when thirsty animals caused congestion for the increasing road traffic and it had to be moved here in the 1950’s and was connected to the piped water supply at that time.