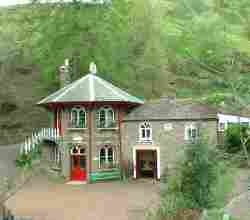 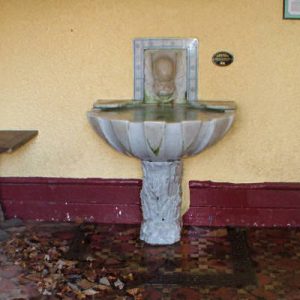 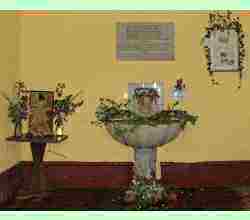 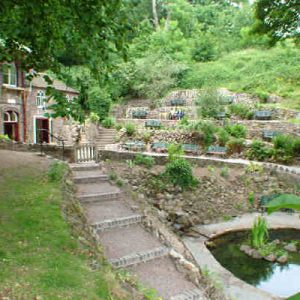 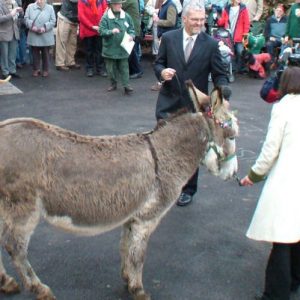 In an attempt to supersede the pagan beliefs of Britain, Christian Saints were often named as the guardians of many springs and wells, replacing the names of earlier pagan deities. One of the most popular dedications was to St Anne, patron saint of springs, whose many wells can be found across the country. The first mention of St Ann’s Well in Malvern was by the Bishop of Westminster in 1282 and appears in the parish records, but the origins of both the well and the name Ann are thought to be much earlier than that.

St Anne herself was the apocryphal grandmother of Jesus, appearing first in the 2nd century AD writings of James as mother of the Virgin Mary. But Anne’s name corresponds with the names of earlier grandmother fertility goddesses across Europe and the Middle East. The Celtic tribes were ruled by her as Ana or Anu, first of the female trinity of the Morrigan (similar to the Christian Trinity), associated with rebirth and regeneration. The Celts believed that this mother goddess was the source of all water issuing from the earth, sacred waters conveying fertility and giving birth to all living things.

The original St Ann’s Well cottage in Malvern dates from 1813 and it soon became a popular spring used by people taking the Water Cure. Schweppes bottled water here for a number of years as it was claimed to be “the purest natural water in the British Isles”. From 1815 the Clifton family lived in the well cottage, renting it for five guineas a year from the Foley Estate. Hester, “a very upright and correct lady”, her husband John and her daughter Mary, supplied water cure visitors with refreshments in the “Tea Gardens” and with hot and cold baths in a nearby small building. The 1851 census records the presence of Mary’s young niece and Elizabeth a servant, appropriately named Drinkwater, who may have been working there.

Joseph Leech described the well room in 1851 in his satirical book “Three Weeks in Wet Sheets by a Moist Visitor”.
“The water itself, which dribbles away into a carved stone basin at the rate of about a glass a minute, through a kind of penny whistle placed in the mouth of a pleasant dolphin, is quaffed by crowds in a little house which is half a peddlar`s shop and half a pump-room, attached to a cottage where knives and forks are hired out to tourists, and kidneys surreptitiously grilled between meals for hungry patients under water treatment.”

The site is now well-dressed annually, usually by staff at the present St Ann’s Well Cafe, and was restored as part of the Malvern`s Heritage Project in 2005/6.