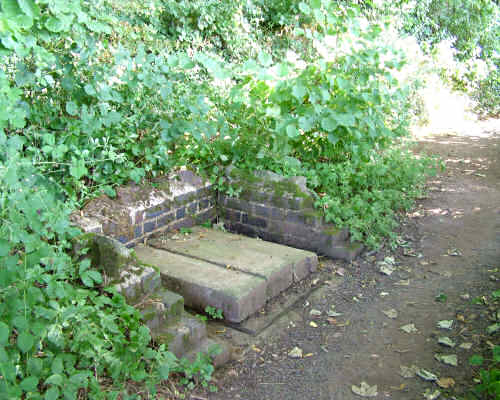 Until 1887 the Danzell Spring supplied West Malvern houses with pure water from as far north as Ebrington Road to as far south as the junction of West Malvern Road and Mathon Road. (From St Edmunds southwards the supply was from the Westminster Bank Spring.) When the first Water Company laid it`s new pipes it disrupted the natural spring supply, forcing villagers to accept the Water Companies water which had to be paid for.

After eight years of vehement dispute with the local Council, twenty four owners of houses in West Malvern signed an agreement in 1905. This entitled sixty six households in the village to reduced water charges in compensation for the loss of their spring water supply. Ever since then this agreement has been upheld and today twenty four village households still successfully prove and maintain their rights to these reduced rates for piped water, now supplied at the metric equivalent of nine old pence per 1,000 gallons.

Today this spring still flows abundantly in pipe-work downhill from here. It can be traced past the back of the Village Hall, across Ebrington Road where it sometimes breaks through and floods, down through the Chapel garden, across West Malvern Road, emerging in a stone trough in the orchard garden of the Old Fire Station. From here it flows on down as a stream which disappears under Lower Road. (RG 2007)